Hello, everyone! I'm still busy as hell, so updating hasn't been easy - but here I am today with some cool news. The new issue of Zona (a comics and illustration project I've had the pleasure of being a part of), Zona Gráfica, will be released at the 30th May in the International Comics Festival, in Beja, Portugal (so if you're in Portugal, you know what you should be doing next Sunday).

It's composed of two volumes: the first one is 106 pages of awesomeness, in black and white, with a fantastic cover by the artist Z! (a.k.a. José Pinto Coelho). Roll in the awesomeness of this cover for a while. You know you want to. 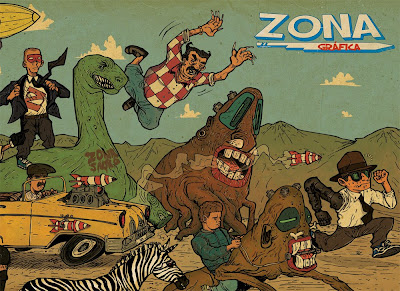 On the other hand, the second volume is composed of 52 fully-colored pages, and the cover was created by Manuel Alves, who did a kick ass job on it! Look at it. Love it. 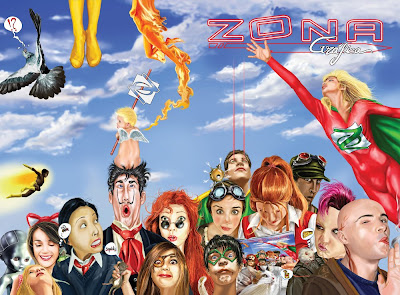 I have an interview on the black and white issue, and a short 1-page comic on the colored issue, so I've spread my sillyness over two volumes. Nice. If you want to know what other artists contributed for Zona Gráfica, just look here: 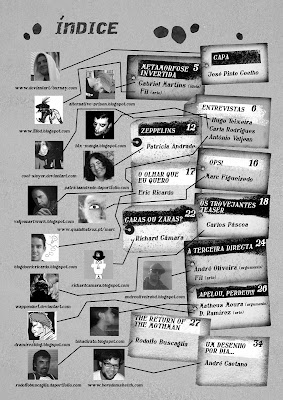 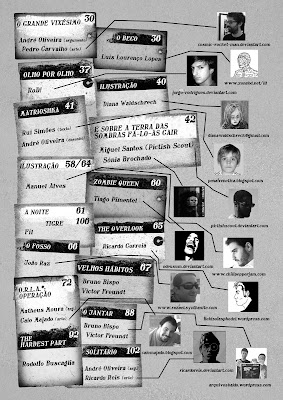 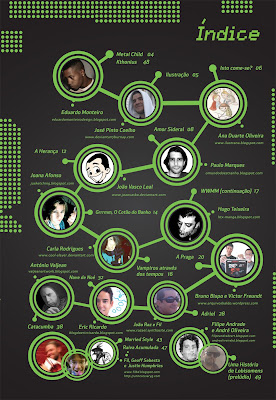 Try to spot me! I already gave you a clue, I'm on both volumes.
I'll keep you posted about the release. Expect some photos after next weekend, and hopefully I'll get to post some art meanwhile!
Publicada por Carla Rodrigues à(s) 23:34