So a while ago I read all of Pedro Carvalho's old issues of Savage Dragon. I had never read it, and since I kept hearing about it, I decided to give it a go.

It's not really a type of comic for a 25 year old girl to read. The huge amount of women that throw themselves at Dragon, each of them with more boobage than the next, lets me know that this is a comic made with a sort of male adolescent target. But, that being said, the Dragon is actually a pretty badass character and there are some good storylines and a really cool sense of humor. So, despite me rolling my eyes sometimes, I enjoyed the ride. Back then, I did a little drawing of Savaga Dragon himself, so here he is now. It's from last October so it's almost one year old, but here's hoping you enjoy it anyway. Hopefully I'll be able to post some new works soon! 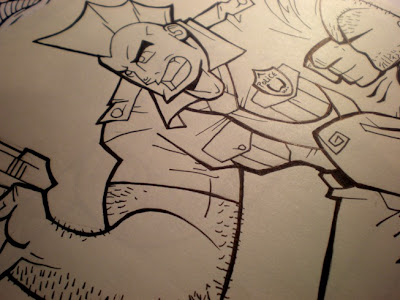 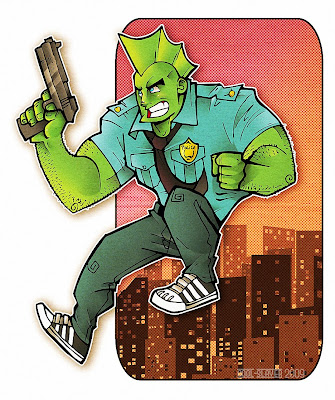