During the month of April, the new issue of Zona - Zona Monstra - was released on a couple of events: on Monstra, the Lisbon Animation Festival, and on Anigamix, a con dedicated to anime, comics, video games, and a lot more. I was in both events, drawing and signing, so check out a few photos before I post some new artwork! 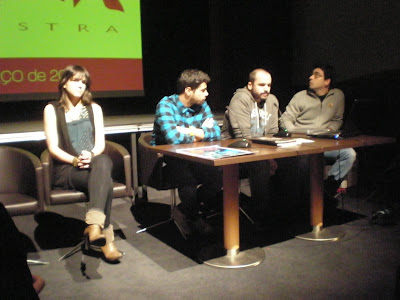 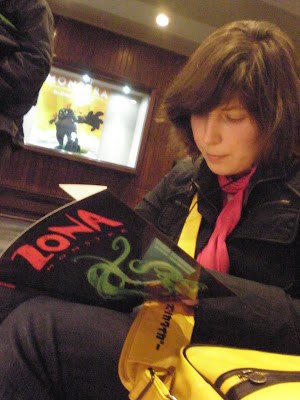 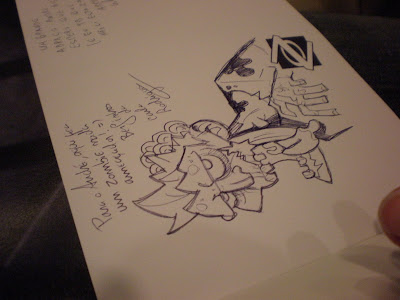 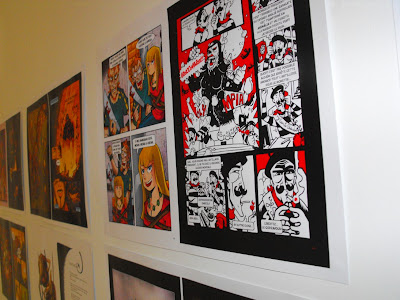 Here's my a page of my work, next to Pedro Carvalho's, on Anigamix. 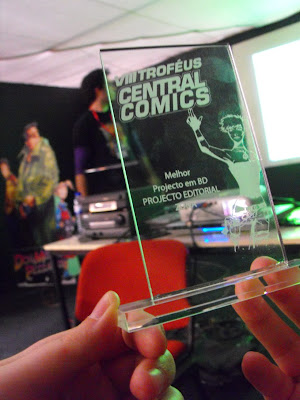 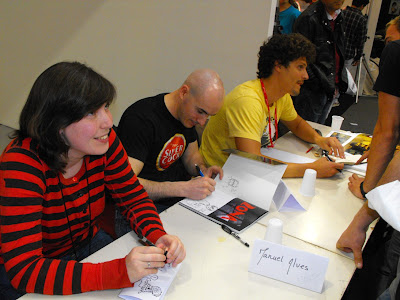 Here I am talking to someone, next to Manuel Alves and Filipe Andrade. 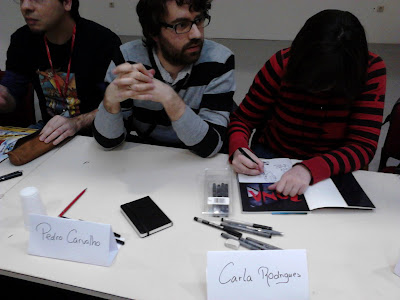 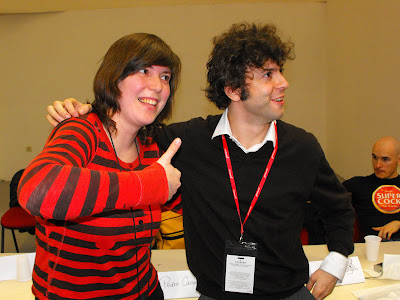 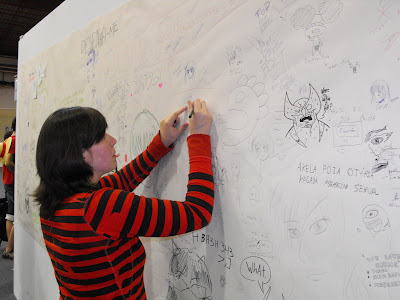 I'll finish the post with me drawing on the collaborative mural at Anigamix.

And that's it! I'm going to post some new drawings soon, I promise. I have new material ready to see the light. Stay tuned!
Publicada por Carla Rodrigues à(s) 21:45