One more peek at another of the sketchcards I produced to benefit the American Cancer Society. I hope it's not a boring idea and that you guys get a kick out of this instead of just seeing the finished product.
Well, this next card features Lobster Johnson, who's not an actual lobster - he's a character from the Hellboy world that I had never drawn before. I don't have as many photos of Lobster as I had of Terry Bogard, so we're jumping directly into inks. Or we can pretend I drew this with a pen, straight up, because I'm cool like that. 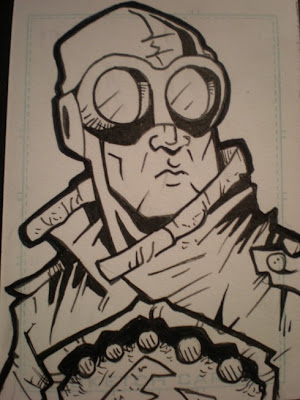 So here he is, looking a bit pouty. I wanted him to look "intense", but turns out he looks more pouty than anything. 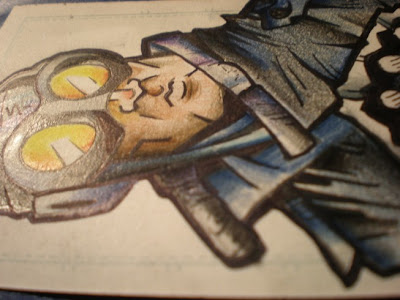 Started laying down the colors. As with the previous card, I used colored pencils. I'd love to try out prisma markers sometime, but I have no idea where to get them here and I've been too lazy to hunt for them online. Also, I'm scared they'll be super expensive. 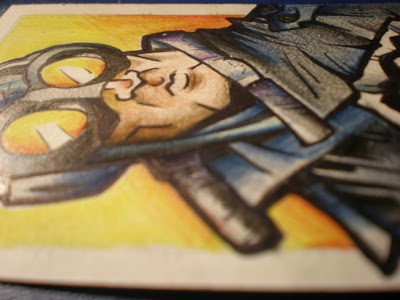 The colors are pretty much finished here. Added a simple background to make Lobster pop a little more. 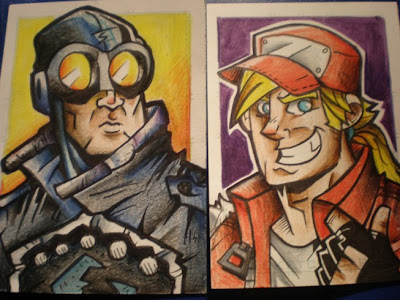 Ta-da! Lobster is finished, and here he is next to Terry. It looks like he's disapproving of Terry being so smiley. Lighten up, Lobster. You'll make money for a good cause.

Hope you enjoyed this once again. If you did, I'll keep posting these!
Publicada por Carla Rodrigues à(s) 15:50