And now, another post dedicated to a sketch card. This time, it was Boba Fett's turn! I had never drew Bobba Fett before, but since so many people like this character, I thought it would be a good pick for the card. After all, if you draw popular characters, there's a higher chance that people will buy them, and the whole point of this is to raise as much money as possible for charity.

Here is the inked version. As with Lobster Johnson, I forgot to take photos of the pencils, so we're jumping straight into the inks. 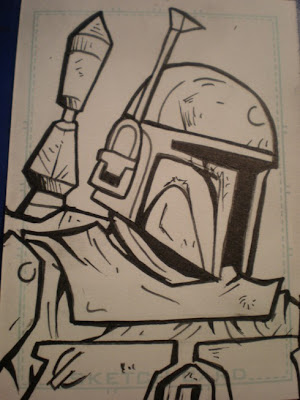 Next, I started laying down the colors, using colored pencils (like I did before). This photo didn't turn out great, I apologize for the weird lighting. 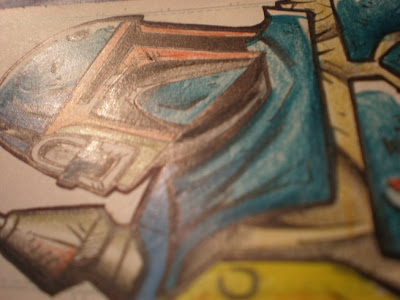 And here's the end result! Used a simple colored background, like I did before. 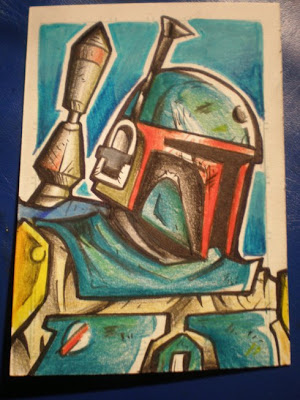 I hope you enjoy yet another post dedicated to a sketch card. There's still one more to go, so expect that one soon!
Publicada por Carla Rodrigues à(s) 16:12