Night of the Living Dead: Reanimated

Happy April Fool's, everyone! Let's get that right out of the way, so you know I won't try to trick you with anything I post. Instead, I'll post some drawings, how's that?

Back on 2008, I got invited by Mike Schneider to participate on a big project he was curating. It basically involved creating an animated version of George Romero's classic, Night of the Living Dead. He was contacting several artists, on several fields, to contribute to the project, and I was one of them. I was very excited, and I quickly accepted. I love horror movies, and Night of the Living Dead is probably the most important zombie movie of all time, so working on an animated version sounded awesome. Thing is, I'm not an animator. I had never animated anything in my life, so I started out doing some illustrations, like this one: 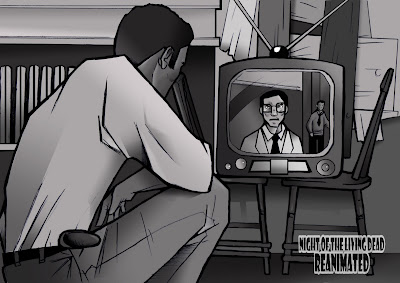 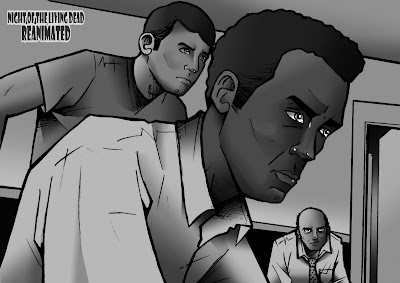 And also this one: 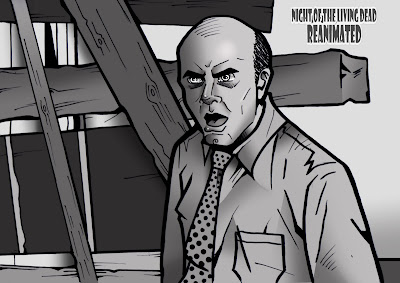 I ended up doing a very big bulk of illustrations for the movie, (probably the most I've done at one time) and then Mike asked me specifically for an animated sequence. It was one of the biggest challenges I ever faced, but I ended up actually animating one tiny sequence (when Ben is tuning the radio, shortly after he arrives at the house). The movie is now making the round in several festivals and is due shortly for a DVD release. It was definitely a very interesting experience, both in illustration and in animation, and I learned a lot!

Though not designed by me (it was created by Mike) I'll leave you with one of the posters for the project, which features some of my artwork, and you can always go to the official website for more information. 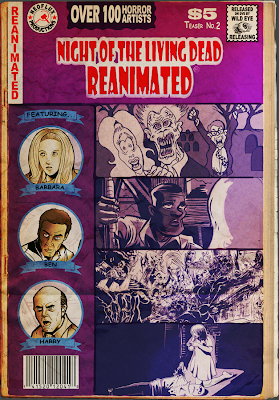