I'm pretty sure all of you know the Angry Videogame Nerd and the Nostalgia Critic. You are, after all, on the internet, and are bound to have bumped into them sometime. They both make review videos, but the AVGN reviews games (old ones, mostly) and the NC reviews movies (really bad ones, mostly). Back in 2009, they set up a little rivalry, trading back and forth punches in their videos, culminating on a huge battle video where they both kicked each others asses for the entertainment of the audience. It was all in good fun, and the trading card game company Diving Dragon Games created an expansion pack for their Geek Fight series featuring only the AVGN, the NC and characters related to them. I was lucky enough to be contacted by them to do the Nostalgia Zombie card - basically, the Nostalgia Critic as a zombie. Since I love zombies and enjoy the NC's reviews, I was more than happy to do the card. This was what I came up with: 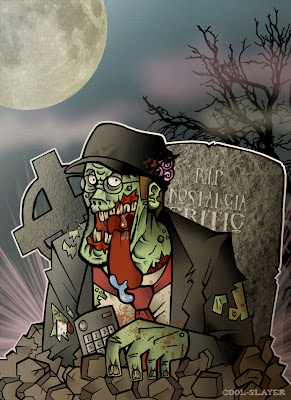 The good folks at Diving Dragon Games were happy with the picture, and so was I. It was the first time I had done something for a trading card game, so I was excited but a little scared, so I ended up making the image pretty simple - but I think it worked. I couldn't wait to see the real card, but until then I had to settle for watching the mock up they posted on their website: 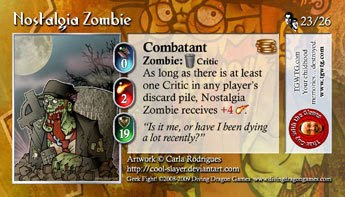 It already looked awesome to me, but it looked even better when I got the chance to take a look at the real cards. I'll leave you with some photos of the deck, and remember, if you go to the Diving Dragon website: http://www.divingdragongames.org/ you can still buy the decks, it's a lot of fun to play. And I'm happy to say I'm still collaborating with the company, so as soon as I can release any more news/work, I will. 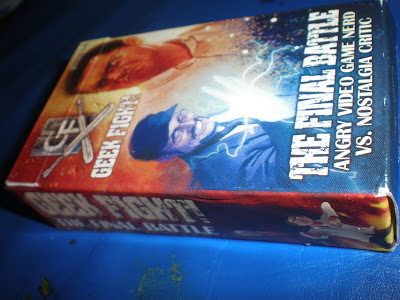 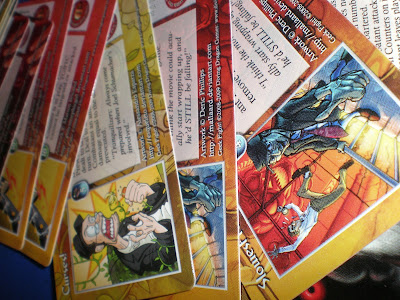 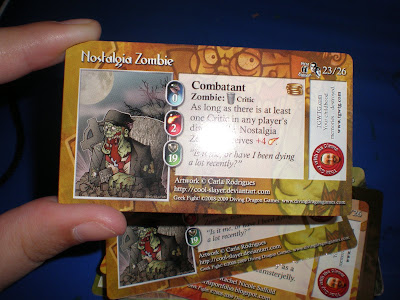